Completion of the movement “Hack Osaka “promoted by Osaka City to make the whole city into one workplace . By doing this, we will build an innovation ecosystem where everyone becomes  colleague, regardless of title, position, organization, age, or any types of borders and create an environment where innovation (necessary metabolism in the markets ) occurs continuously throughout the city.

A mindset that creates innovation： Open (open minded to diversity),
Flat (Non-hierarchal communication for creation),Friendly (to help others to solve problems),“OFF”, the head letters from the three words,  expresses the idea of ​​“(getting)  OFF” from any types of borders such as position, title, organization for the sake of overall optimization. This is not only what Osaka people highly respect, but also the spiritual foundation of Japan : “equality” under Nature.

In an era of rapid change, “people come to work in industries, communities and towns rather than in companies.”  That is what I realized in the IT business where I was engaged in.

With this experience, I started a movement, called “Hack Osaka”, during my previous job with  Osaka City Government . It is a movement of  making the whole city into one  workplace, where all people work together beyond all boundaries such as  position, titles, organizations, ages, national borders to achieve overall optimization and to create value for society.

It is a movement to create a city to lead  innovation for all of us.

This is my commitment even after retiring the City Government. Then I have established Human Hub Japan Corp. to help this movement  continue from the private sector.

We are looking forward to working with you to make the better world.

He was appointed by public offering the head of “Osaka Innovation Hub”, Osaka City Government’s networking platform for innovation, and was engaged in the City’s innovation administration in general. Before serving for Osaka City Government, he founded and developped several new businesses as an intrapreneur with also being involved in making alliance with IT startups overseas. He had expreiences of planning and operating cross-organizational projects to benefit stakeholders in the industries. At Osaka City Government, he promoted “Hack Osaka movement”, a campaign to make the whole city into a workplace where all players cooperate together. He is still active in developing the movement to lead co-creation by working together beyond titles, organization, and nationality. 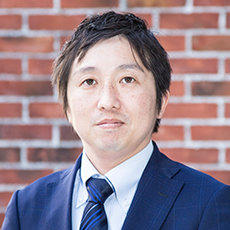 VICE PRESIDENT After retiring from a bank, he has been engaged in industry-university collaboration work, industry-university collaboration education for graduate schools, and innovation education at Ritsumeikan University. He has also coordinated projects for the Ministry of Education, Culture, Sports, Science and Technology and the Ministry of Economy, Trade and Industry. He is also involved in projects related to regional development, new business development for small and medium-sized companies, human resource development, and human resource acquisition strategies. As Executive Director of Innovation IM, he is also involved in regional revitalization activities through innovation and sports in Ishigaki City, Okinawa. 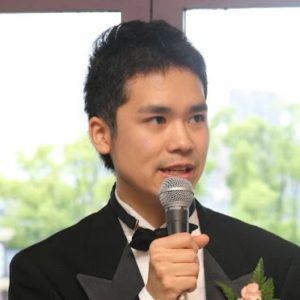 CCO（Chief Community Organizer） CIO（Chief Information Officer） An engineer and moderator. MA in Urban Policy. He worked as a system engineer in all stages of system development (design, manufacturing, evaluation, and operation) for manufacturers and railroad companies. He later experienced front-end and back-end development for major overseas and domestic retail ECs. In his current position, he is involved in technical support for small and medium-sized companies and start-ups, support for the use of advanced technologies (XR (AR/VR/MR)/AI/GAS/Robotics), and promotion of open innovation. He is also active in innovation dissemination efforts in multiple engineering and startup communities based in Kansai, and has organized more than 600 events in 2019. One of the communities he founded, Osaka Driven Development, received the “Contribution to the Community Award” from Microsoft Japan, Inc. in 2018.

SCO（Senior Community Adviser）（In charge of development, manufacturing, MOT, and plant construction） He has been consistently involved in development, manufacturing, and business development at a major mechanical manufacturing company, always considering quality, cost, profitability, delivery, compliance, and risk, and carrying out his duties as a practical manager. He also has experience in manufacturing workstations in cooperation with a venture company in the U.S. and developing business in Japan by adding his original specifications. He has built factories three times, and has practiced MOT (Management of Technology) and cash flow oriented corporate management based on manufacturing. Fields: Electrical equipment, measurement, control, ERP/RPA implementation, field improvement/QC training, business planning, cost/production management, factory construction.

Technical Evangelist （In charge of Manufacturing Venture） Former Founder and CEO of West Unitis, Inc. In 1984, he started as a manual production company, and for the next 36 years until 2020, he has worked on the pronciple of “doing only what you like, as much as you like.” He changed his business from manual production to video content production to SW development to HW development, and launched wearable computing business in 2000, promoting development of wearable systems such as AR engine development and remote support system. The company successfully raised 2 billion yen in 2018, and he resigned in March 2020 to pursue change in himself. He is currently working as a Technical Evangelist, supporting startups and companies in their manufacturing and advising them on new businesses, as well as starting a coworking bar, aiming to create manufacturing by integrating new future ideas.

（President and CEO, Humony Inc.） Global Human Resources Coordinator Graduated from Ankara University (Turkey). After studying at Ochanomizu University, she received a master’s degree from Osaka University Graduate School as a government-sponsored student. She founded Humony, Inc. after completing her studies, she worked for four years at an advertising production company and an economic organization in Japan. It provides one-stop solutions to problems ranging from the introduction of foreign human resources for domestic companies, consultation on overseas expansion, and consultation on starting a business and supporting daily life for foreign residents in Japan. (Japanese, English, Turkish)